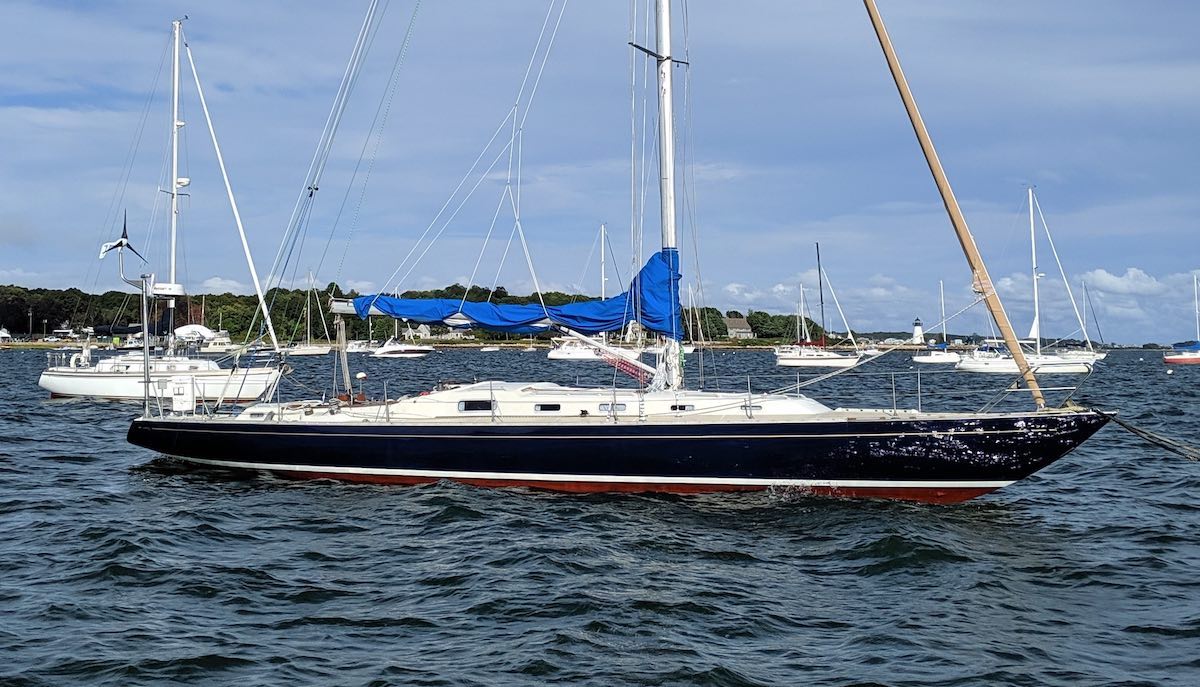 Not long ago, an American contacted me regarding the purchase of a secondhand Swede 55. As a former 55 owner he was familiar with the boat. Enthralled by the 55, he found a particular boat on the eastern seaboard of the US and sought advice whether to inspect it at all or not. He booked advice to find an answer to his question.

As in real life, outside of boat purchasing, there is rarely a simple ‘yes’ or ‘no.’ It often depends – on the personal situation and the specific boat in question. Being familiar with Swede 55 since 1980 and knowing a bit of the tragedy of the Swede 55 he was asking about, I explained some of the pros and cons, where to be concerned and careful, and sent him a few pictures from my research.

When considering the purchase of a boat, there is commonly a general reality – it is a matter of the asking price versus the risk that comes with a used boat with a mishap in its recent logbook. There is only one thing for sure: No matter what the condition and usability of the boat you acquire, it costs a good deal of money just to have it. 52’ x 10’ of storage, launch and slip or a mooring. These fees plus insurance just to start. Add to that the time and budget needed to convert it into the yacht you have been dreaming of.

Advice for Swede 55 buyer: What a Surprise

The client made his own sound decision based on the provided guidelines. He decided not to make an offer. Besides receiving a kind note concluding the case I hadn’t heard anything for about twelve months – until yesterday. I received a photo. Having bought the Swede 55 formerly known as Excalibur in Seattle, he reports:

“She needed some extensive work and some reseating of chainplates etc.  I will spare you the details now, but suffice to say she is now located in Mattapoisett MA, painted blue and renamed Surprise.  According to information I have, she is hull number 12. This is odd because Tumlare, which I bought in ’99 and renamed Sigrid II, now in South Africa, is also supposed to be hull #12.”

Well, it would be difficult to clarify the mess with the Swede 55 construction numbers. I partly created it myself in the 1990s, when I set up a register of all Swede 55s. It will possibly work itself out over the years as more information comes along. Compared to the pleasure of sailing a 55, the build/hull number is perhaps less important. At least the table provides a general overview.

Receiving his E-mail, I was astonished by the familiar sight – this time a 55 in striking flag blue. The 55 seems to be a tempting boat. If you ever sailed one and sold it, you need one again. It just takes a little patience until the right boat comes along.

Based on the previous advice you know where to look at in detail. Then you transform it in a straightforward manner into your flag blue dream. Congratulations to the owner – and the craftsmen who did the work. I hope to learn more about the mission to recondition and transport the Surprise across North America. I will share the details of this Swede with aficionados like you.